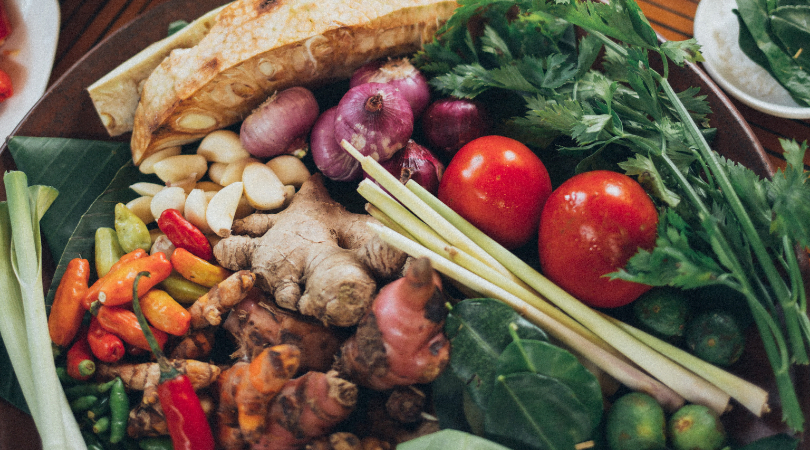 The European year against food waste, initially called for in 2014 and eventually held in 2015, was an important signal that the European Parliament has recognised the extent of food waste as a severe issue in our current food system – and that it needs to be addressed in the context of a wider transition towards a circular economy. The target of the revised European Waste Framework Directive (Directive 2008/98/EC) adopted in 2018 is the reduction of food waste by 50% by 2030, however, it only provides an indication with no binding measures, leaving much to be desired. In the EU,food waste amounts to 180kg per head. Analyses prove that losses occur throughout the whole supply chain – at the stages of agricultural production, processing, retail and final consumption. This statistic is not only alarming and morally unacceptable in the light of the unequal distribution of food supplies and malnutrition on a global scale, but also taking into account the significant amount of greenhouse gas emissions (GHG) attributed to food waste. An estimated 20% of food produced in Europe is wasted or lost – if these losses were a country, they would be the 3rd biggest GHG emitter in the European Union. Wasting food through overproduction, damage during long distances of transportation, improper storage or selling of inadequate portion sizes also account for losses of water and land and give rise to food insecurity. Furthermore, extra costs are produced through unconsumed food which has to be collected, redistributed, or treated through composting or biomethanation. 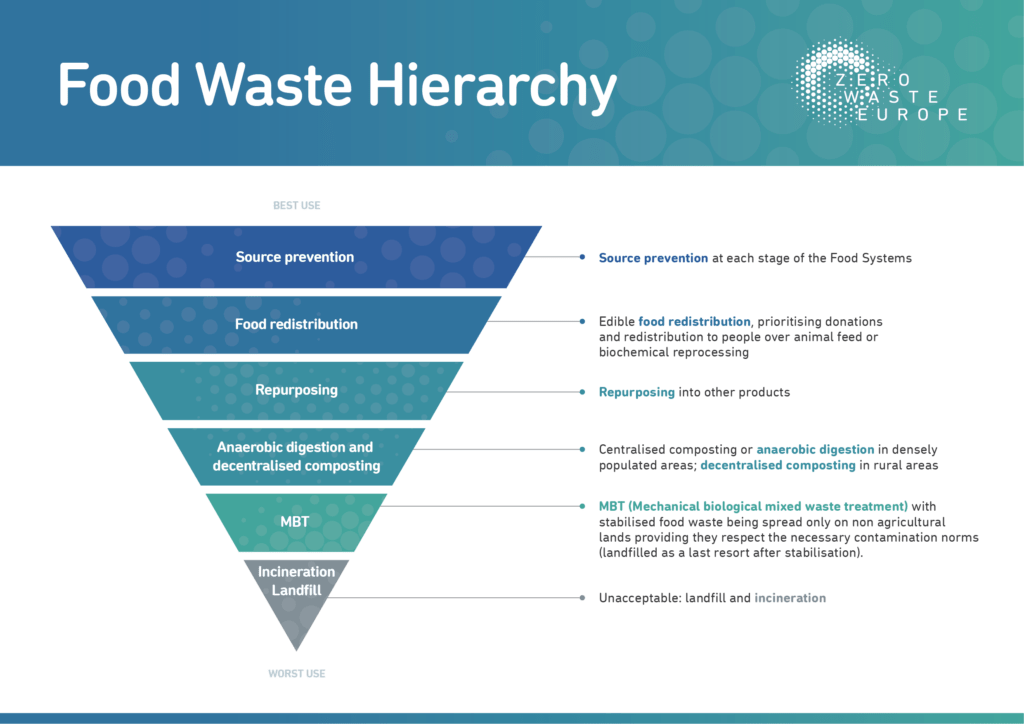 Food waste requires different actions in its management than non-organic waste streams, and a specific food waste hierarchy should be adopted. In the first place, the prevention of food waste at the source and equally along all stages of the supply chain should be the main cornerstone to achieving a reduction in food waste and when rethinking the food production and distribution system. Leftover food that is still safe for consumption can also be redistributed or donated. Even though this should not be regarded as an ideal solution, it can be an option to offer food at reduced, more affordable prices and strengthen solidarity networks. As the last resort, the repurposing of food or the recycling through composting or anaerobic digestion are the necessary ways of treatment as it enables the production of biogas or for nutrients to be cycled back into soils. Ultimately it avoids any disposal of food waste.

All intentions towards a reduction of food waste, however, can not be seen in isolation, but need to be consolidated with the wider objective of contributing to a sustainable food system that is healthier, ecological, economically viable, social, ethical, and resilient. Short food supply chains and local, sustainable food systems can support local small-scale producers and local biodiversity, encourage community involvement and citizen awareness on organic food production and healthy nutrition, reduce economic and ecological costs of transportation and foster low-waste food environments. Tackling food waste by transforming supply chains should go hand in hand with the reduction of overpackaging and packaging that contains high levels of chemicals and potential toxins. Evidence shows that selling fresh produce loose and removing date labels could prevent 100,000 tonnes of food from going to waste and more than 100,300 tonnes of plastic from being used. As the name of the European Union’s vision on redesigning food systems suggests – these systems need to be truly rethought and redesigned from farm to fork.

Whereas the European Union and national governments have to provide the necessary frameworks for action, cities and municipalities can be the driving force of this transition – and many European communities already are. Municipalities and citizen initiatives are pioneers and offer best practice examples for the reduction of food waste in their reach. This can be done through:

The cities of Paris, Porto and Milan exemplify how municipal food and waste policies can be adjusted and improved for a food system transition. These cities are following roadmaps towards a circular economy and have adopted locally specific measurements. In Porto, for example, the set-up of urban community gardens contributes to local food systems and strengthens the direct links between consumers and producers. A network of solidarity restaurants redistributes leftover food to people in need and thereby promotes food waste prevention. Some key initiatives undertaken by the city of Paris to tackle food waste are training opportunities for kitchen staff in public catering, involving Parisian shops and food markets in practices to reduce leftover and unsold food, and the ubiquitous door-to-door collection of separated organic waste.

Nevertheless, citizens’ awareness or voluntary commitments alone will not achieve the 50% reduction goal and consumers should not shoulder the main responsibility. Actors shaping the food system should be incentivized to reduce food losses, especially also at the harvest and pre-retail level, which accounts for 59% of food wastes. The EU can consolidate local and community efforts into a systemic transition by allocating more resources to community-supported agricultural schemes; promote the development of short food supply chains via research funds and support infrastructures for direct marketing by farmers. Furthermore, an EU-wide per capita target, fairly divided per sector of the food supply chain according to which sector is contributing the most, is a recommended measurement to keep track of the targets and honour the efforts of countries that are strongly fostering the reduction of their food waste. The target to reduce food waste by 50% until 2030 is a key component and factor of success for the European Green Deal and the aim of reducing GHG emissions by 55% until 2030.

Sarah Jordan is a volunteer for Zero Waste Europe.